Did you know the Lone Ranger was black? 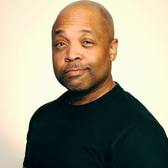