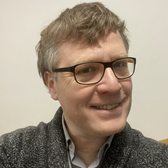 Have a great one! My highlights from the last week (and some from issue 13, from September 5)