Europe prepares for a reusable future 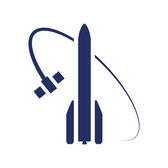 Issue 11. Subscribers: 297. I’d like to give a very warm welcome to my 10 new subscribers. Enjoy your