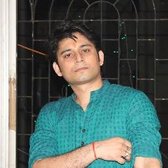 Hi Investors ! I thank and welcome many new readers of Sadhan Investing newsletter which is aimed to