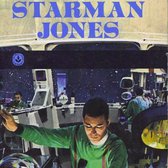 Here's a roundup of yet another very busy week (Feb. 22-28) in the Chinese space sector, including Ch