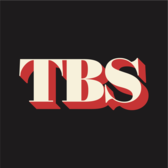 Today’s Big Stuff 11.1.22 It’s Tuesday. THERE IS ONE EFFING WEEK UNTIL ELECTION DAY!!! We are never s