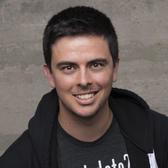 Musicians and Startups are different, but how?