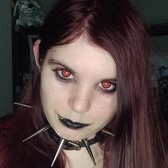 Hey bats! I'm so excited to discuss how I've improved with book trailers over the past couple years.