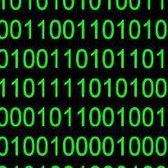 Hi and welcome to the first issue of "The 3" Newsletter! Each issue will have precisely three resourc