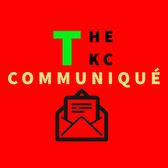 Forgive this insight about rich white people but it's a good starting point . . . Very much like the