👎 The promise of jam tomorrow doesn't cut it 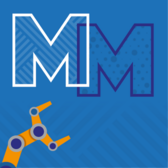 Last week's Spring Statement fell short of manufacturers' expectations. It has been two years since