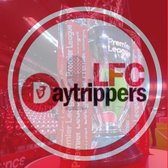 Welcome to issue 13… Another week of top content which you can find below, along with links to our sp