firstCLUE - Locust Lane by Stephen Amidon, Bright and Deadly Things by Lexie Elliott, A Mother Would Know by Amber Garza, The Last Grudge by Max Seeck 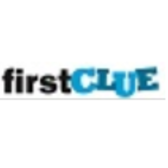 “Pandemic time distortion” is apparently a thing, referring to the feeling of not knowing what day of