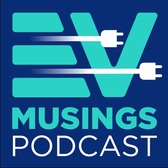 This week saw the release of the long-awaited Charge Point Operator episode. I've been wanting to spe