By Council on Geostrategy 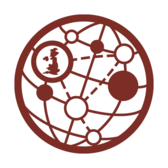 Thursday, 15th July, by Jackson Scott Good morning to you all, we hope the tube complications this we