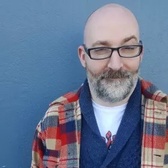 For the second time, Marvel is promising that fans will get to read the end of Neil Gaiman and Mark B