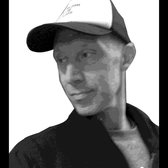 Hi there, I hope all is well! This story ended up just a bit longer than usual. In fact, it's always